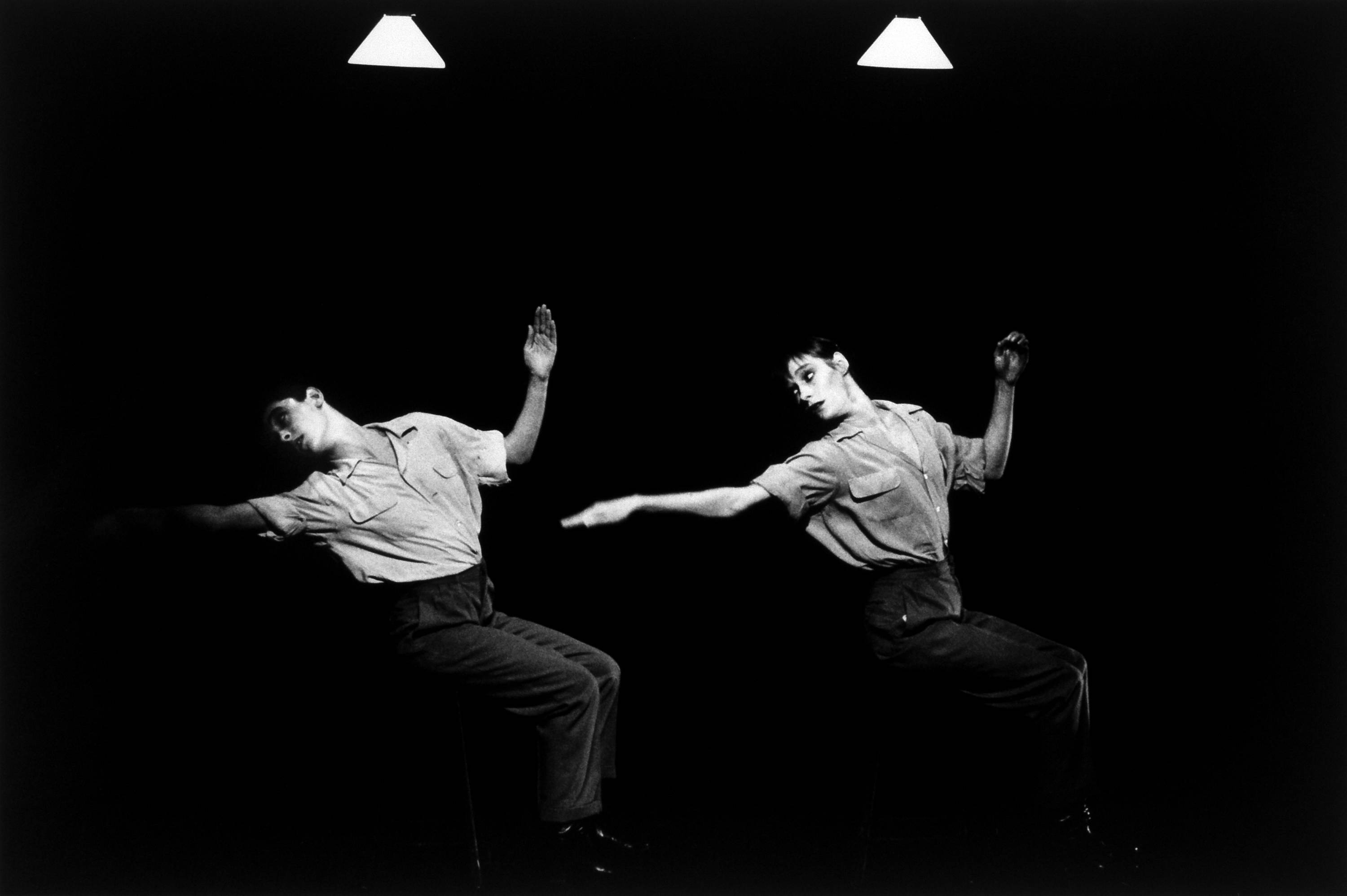 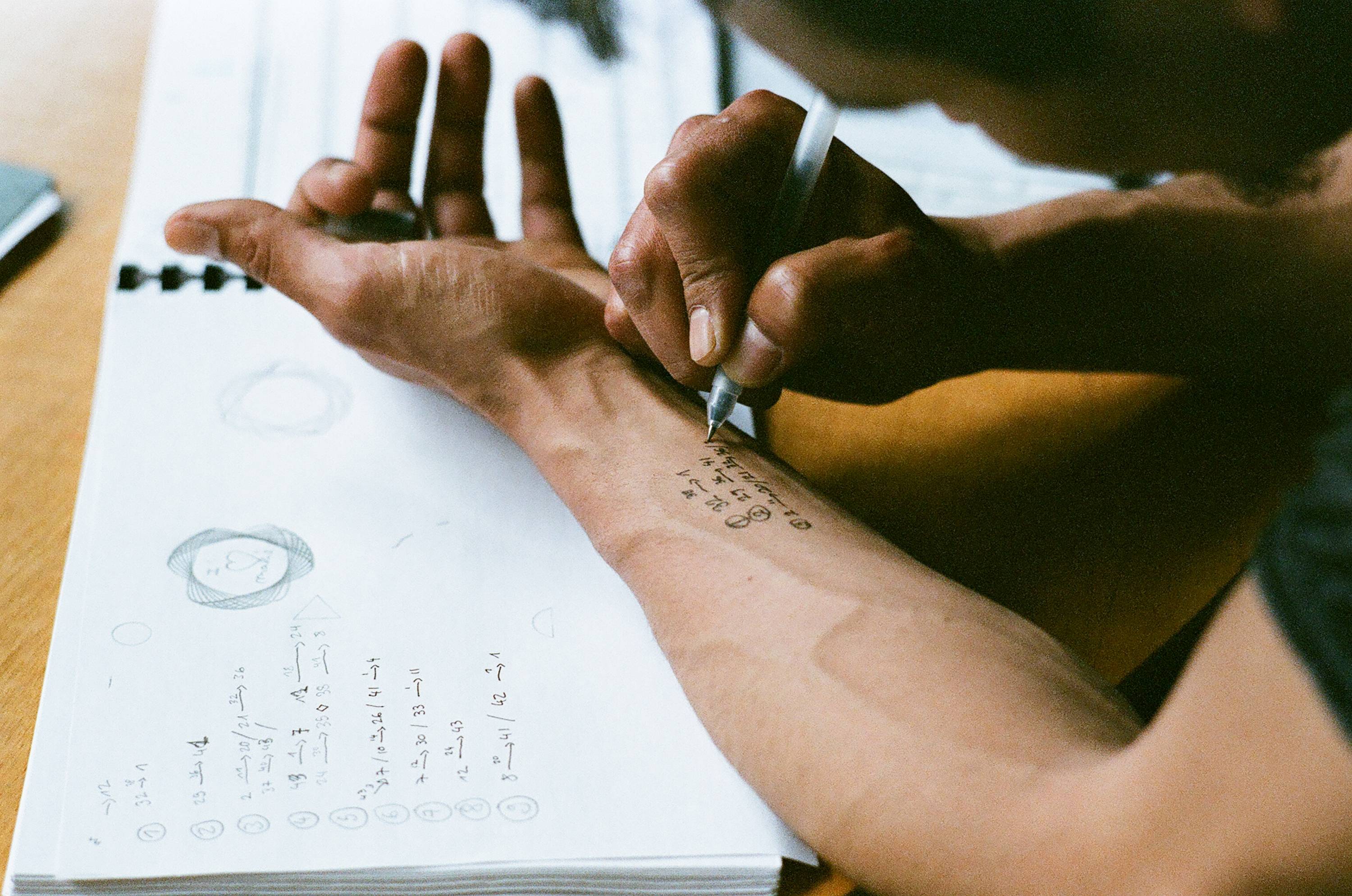 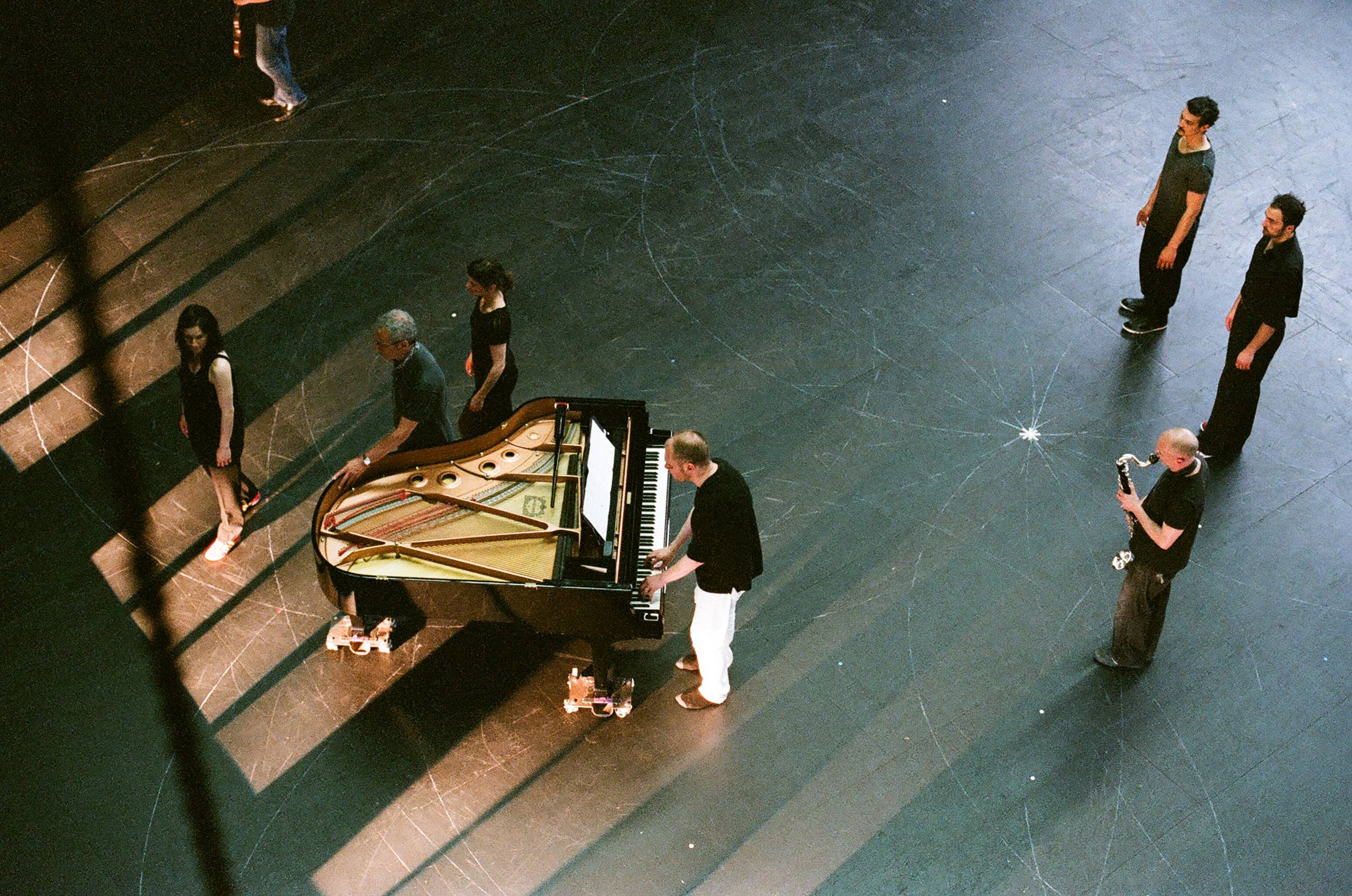 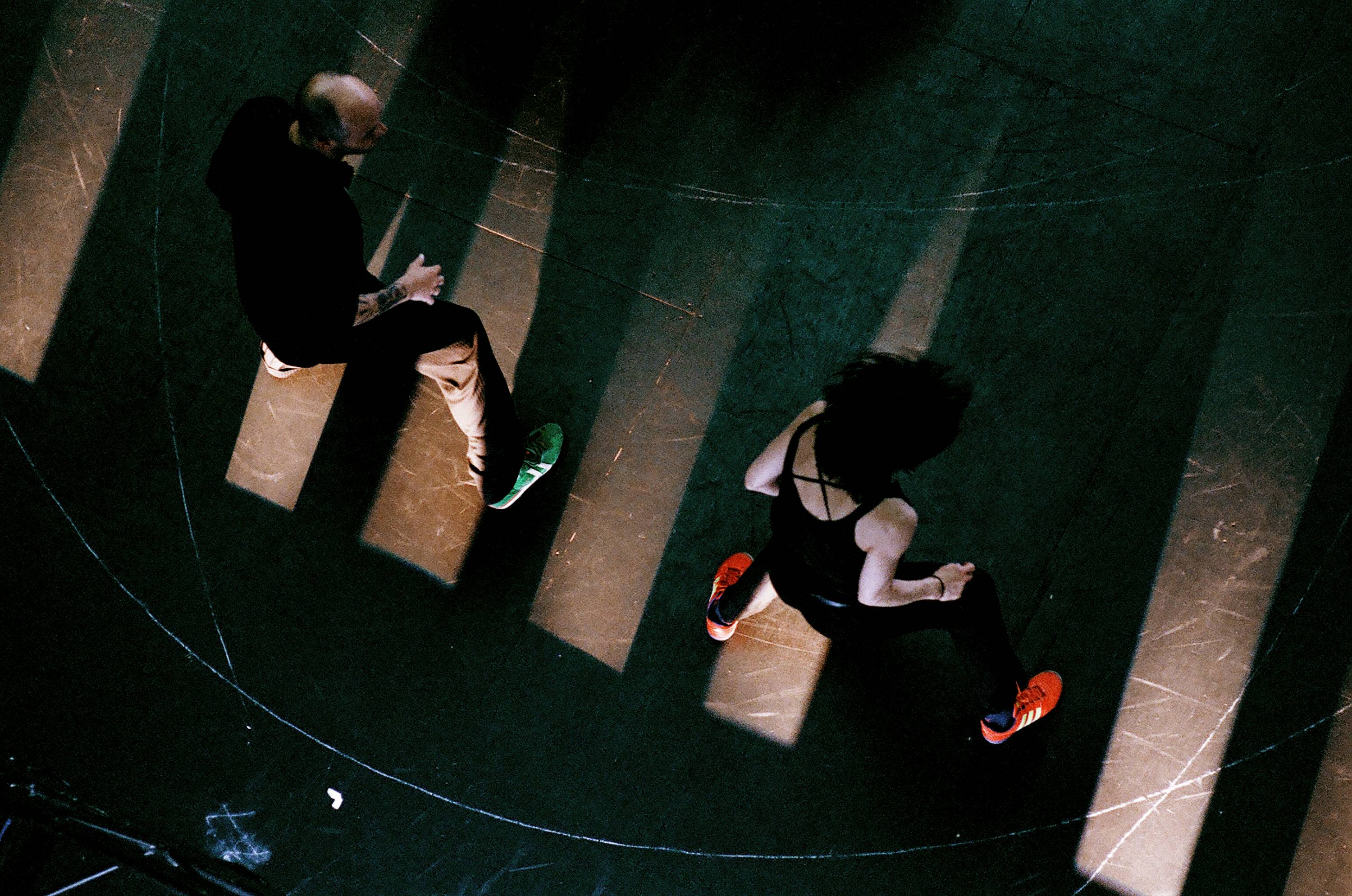 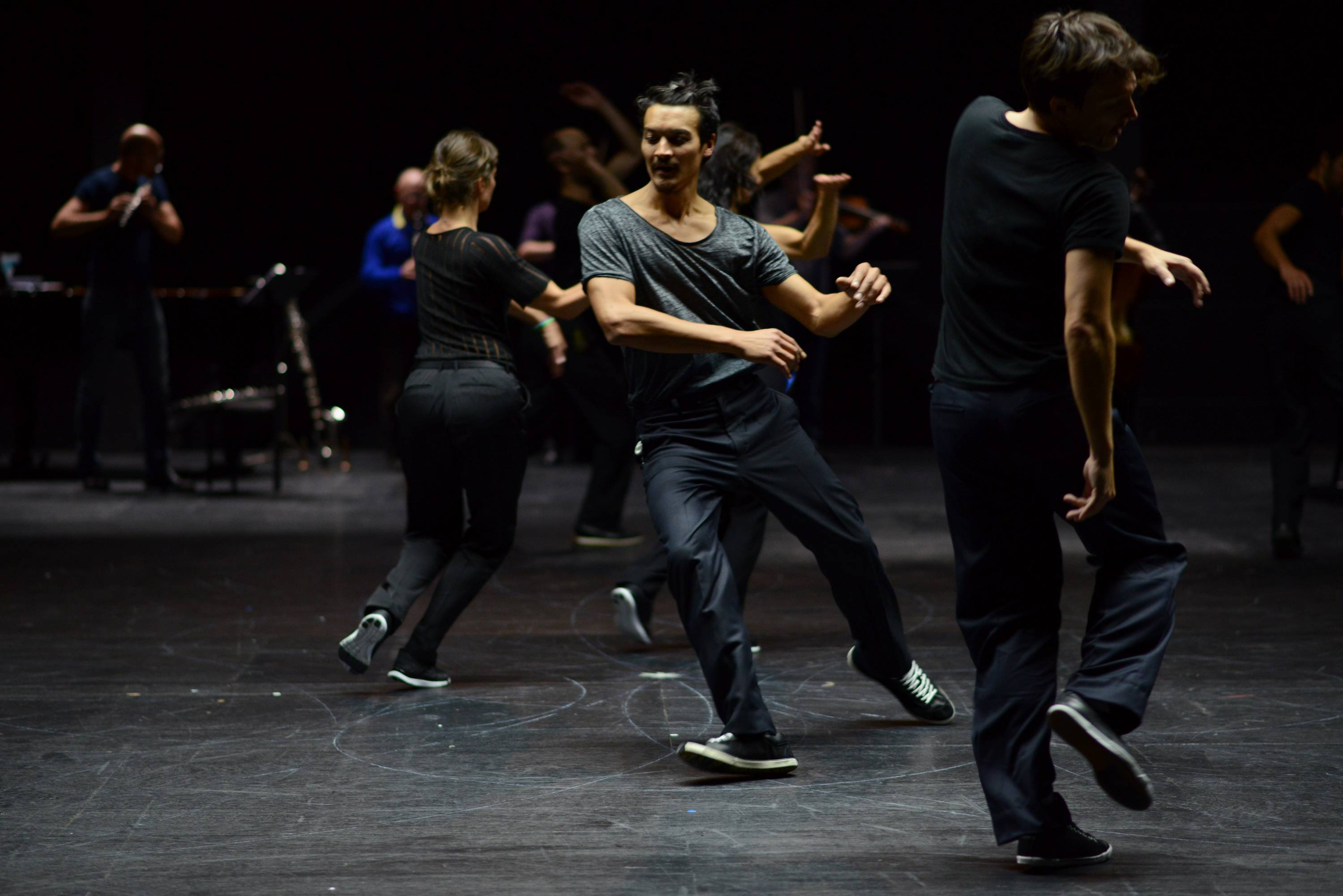 De Keersmaeker re-presents her timeless classic in person;
Visualizing the ultimate complexity of polyphony in Grisey’s masterpiece with brilliant choreography.

After Rain in 2006 and Rosas danst Rosas & Drumming in 2015, Anne Teresa De Keersmaeker and her company Rosas visit Taiwan for the third time, presenting two emblematic choreographies. Made in 1982, Fase is De Keersmaeker’s very first creation. Based on four pieces of music composed by Steve Reich, Violin Phase, Piano Phase, Come Out and Clapping Music, the work has fascinated the world ever since its premiere. Two female dancers wearing simple outfits, engage in simple dance phrases based on elemental movements like turning and jumping. Through tiny variations they create a complex play of continuously changing forms and patterns, mirroring the principle of phase shifting present in the music. De Keersmaeker will dance this classic in person.

Vortex Temporum, created in 2013 and based on the eponymous work by Gérard Grisey, features seven dancers, sharing the stage with seven musicians from the Belgian music ensemble Ictus. Probing the question: ‘how can you visualise polyphony by dancing it?’ De Keersmaeker decided to stage an intricate intertwining of sound and movement. Each dancer is linked to one of the seven musicians, and colours his or her dancing with patterns of movement proper to the instrument. Both the dancers and musicians travel the stage following a pattern – a vortex – of swirling circles. As De Keersmaeker observes: “Time can be thought of as both linear and cyclical. That which we call ‘now’ is, in fact […] a balancing act between memory and anticipation.”

Chorographer Anne Teresa De Keersmaeker, founder and key figure of the Rosas company, is one of the most prominent choreographers in contemporary dance. She created her first chorography Fase at the age of 20, whose subtle and refreshing style provided a quick international breakthrough. From the very beginning, De Keersmaeker focused on the relation between music and dance. Her choreographies present an ever-evolving combination between a refined sense of compositional architecture and a distinct understanding of theatricality. Her unique signature has been recognized with many awards.