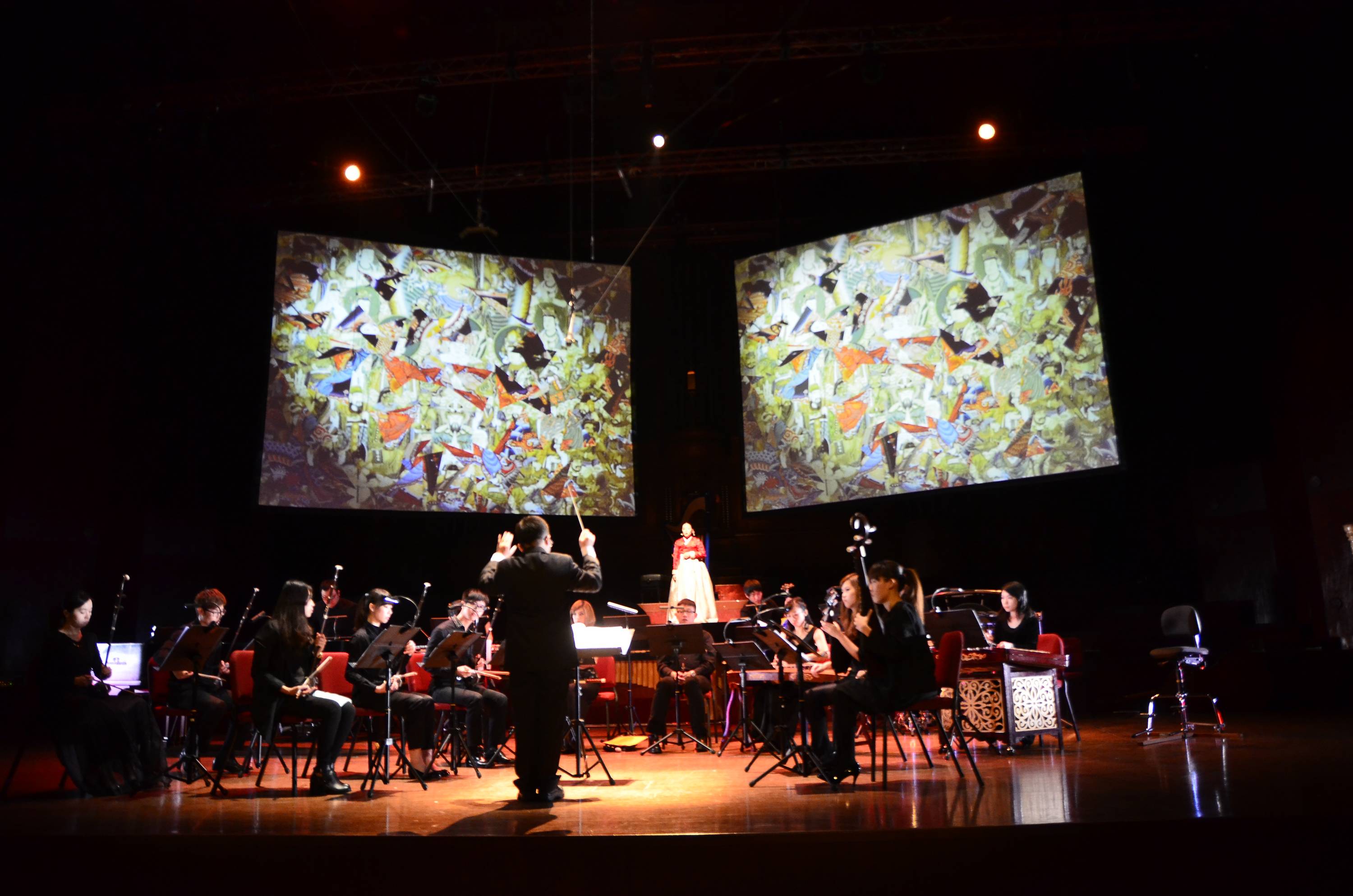 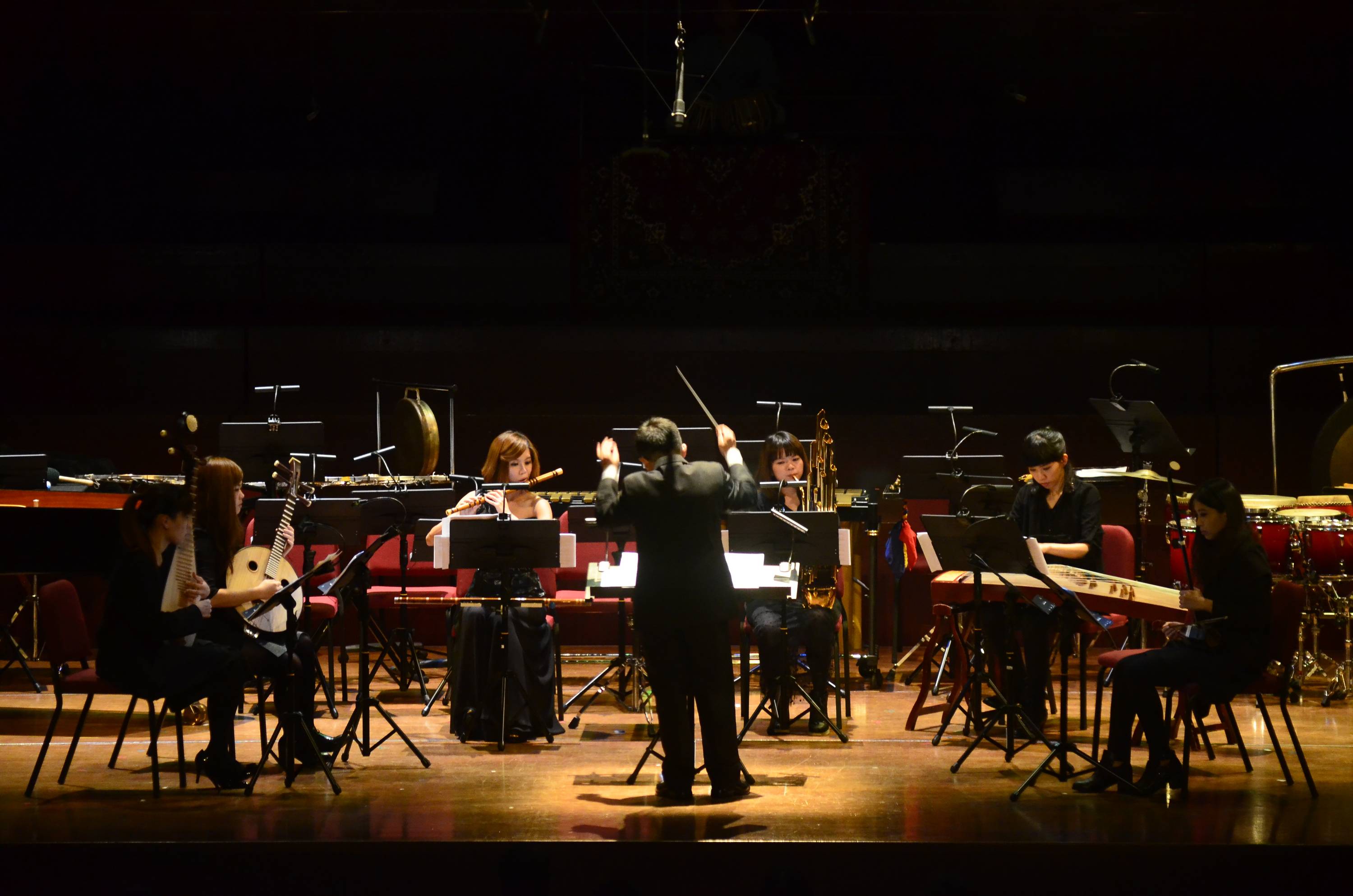 A Chapter woven with traditional music and modern technology
Portraying natural scenes of the wind, the moon as well as mountains and rivers

Blending and dyeing are two techniques in Chinese traditional painting, while the wind, the moon, mountains and rivers are subjects and natural scenes often portrayed in Chinese paintings or literary writings. Base on this concept, the concert presents Blending in Landscape and Dyeing with Romance , featuring two different styles of Chinese music, demonstrating the Little Giant Chinese Chamber Orchestra’s dedication to exploring all the possibilities of portraying the beauty of Chinese music and to enriching the tradition by incorporating various environmental and music elements.

Blending in Landscape is a modern piece for Guqin [ancient zither] and Chinese chamber music, fascinatingly depicting the grandiose and immense sceneries of mountains and rivers. Dyeing with Romance , on the other hand, is a combination of Chinese chamber music, solo instruments, and electronic music. In the conflicts of traditional and modern cultures, this piece portrays the sounds of insects and birds in the soft wind and under the bright moon with the ingenious combination of conventional music vocabularies and contemporary technology. Inspired by the concepts of the Chinese painting, this concert fully elaborates on the subtlety and sophistication of traditional Chinese music instruments and chamber music.

The Little Giant Chinese Chamber Orchestra is founded by its artistic director Chen Chih-Sheng and composed of a group of youth musicians, both enthusiastic about traditional Chinese music and capable of professional performance. The ensemble holds the purest concept of “loving traditional Chinese music” to promote its beauty. In the selection of repertoire, the ensemble tries to achieve a technical and artistic balance so as to breathe new life into an art form that holds ancient roots.