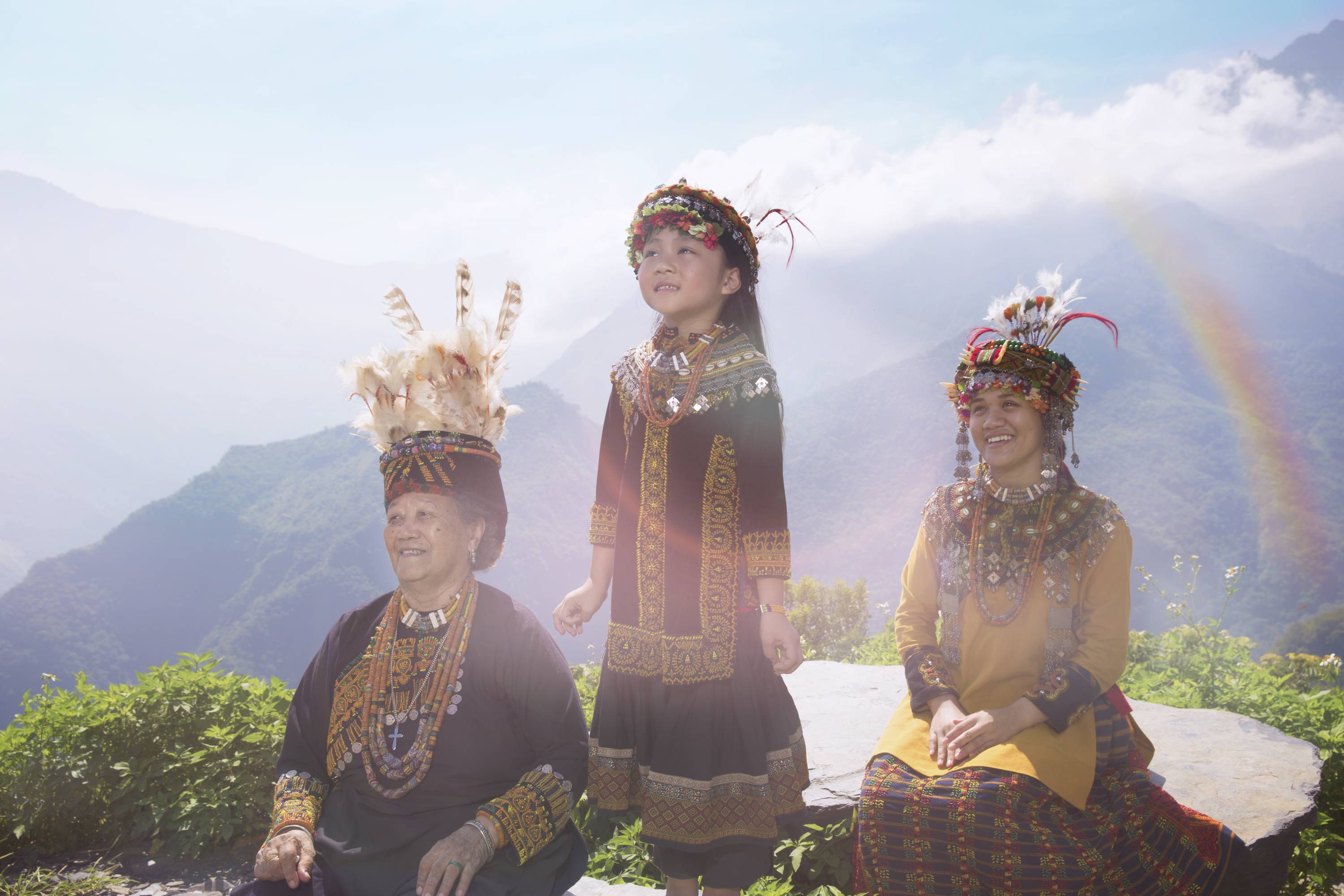 According to the Payuan tribe’s mythological origin, they are descendants of the Sun. The head of a tribe is inherited by the eldest child, whether it is a boy or a girl. Therefore, they are “Son of the Sun” or “Daughter of the Sun.”

Camake Valaule, artistic director of the Taiwu Ancient Ballads Troupe, collaborates with theater director Wei Ying-chuan, film director Chen Hung-I, and installation artist Wang Te-yu for the first time in presenting a production integrating the Payuan ancient tunes, images, and installation arts. Based on the life story of the “Daughter of the Sun,” the female head of Puljetji Tribe, the production illustrates the Payuan’s unique life spirit and cultural rituals through the combination of elegant and beautiful ancient ballads, mythological literary texts, and narratives of images.

Grammy winner Daniel Ho once stated that there is only one word to describe the Taiwu Ancient Ballads: “moving.” For this production, the elders in the Puljetji Tribe also go on the stage and orally pass on the traditional folk songs to the younger generations, demonstrating the Payuan tribe’s in-depth culture and strength for surviving.

Taiwu Ancient Ballads Troupe × Puljetji Tribe, founded by Camake Valaule in 2004 and composed of students from the Taiwu Elementary School, performs the Payuan ancient tunes from Taiwu and Puljetji Tribe (located at Taiwu Village in Pingtung County). The troupe, acclaimed as “heavenly voice in which you can see mountains and hear the wind,” has been invited to tour Europe, America and Asia, and collaborated with Pipa master Wu Man and Grammy winner Daniel Ho. The troupe’s performance in NHK program “Amazing Voice” is voted the fifth place by audiences across the globe and its albums have won the Golden Melody Awards for the Best Classic Music and the Best Album in Aboriginal Languages.

※Taiwu Ancient Ballads Troupe is one of the seed performing arts groups of the Taiwan Indigenous Performing Arts Connection sponsored by the National Culture and Arts Foundation.