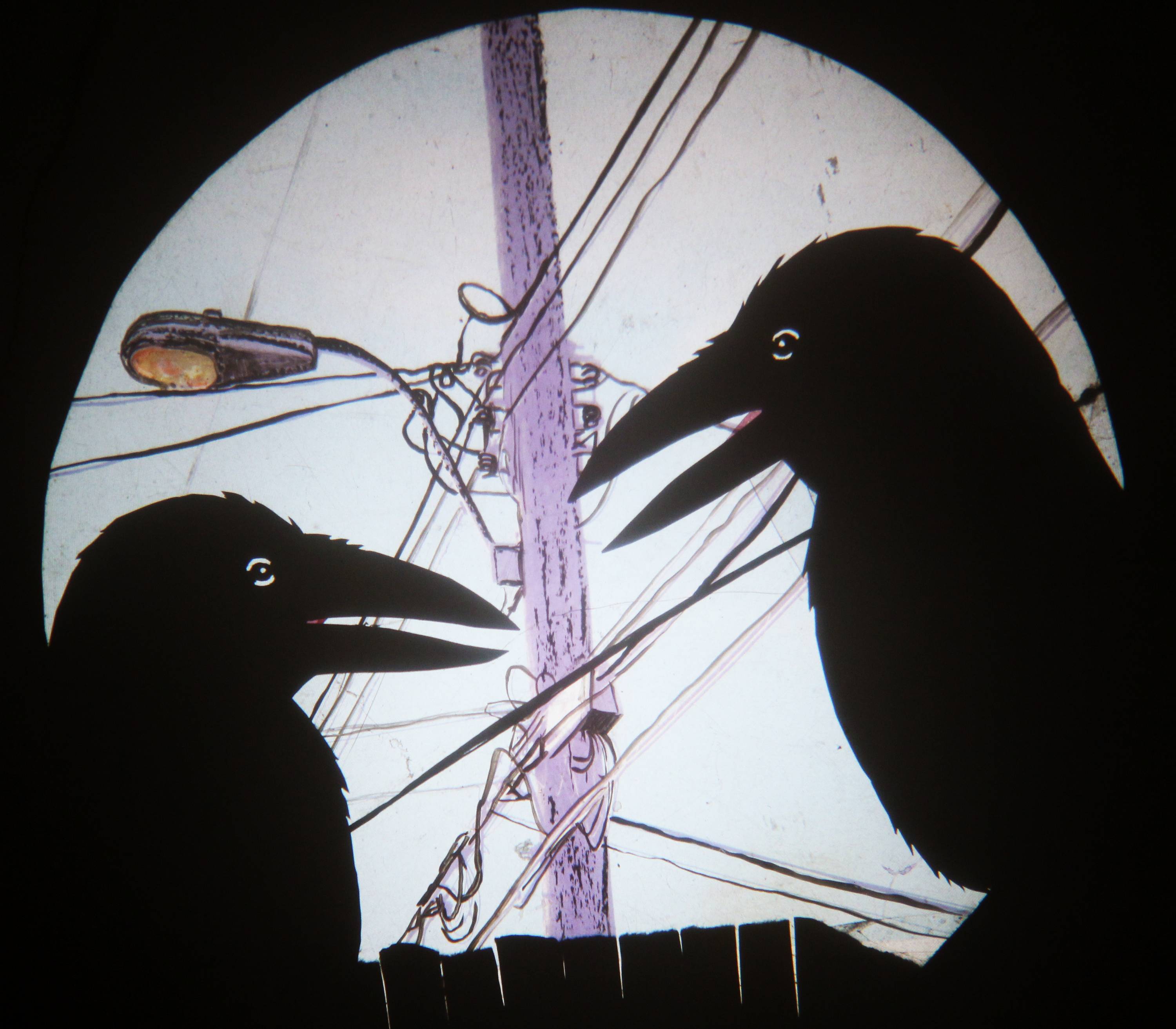 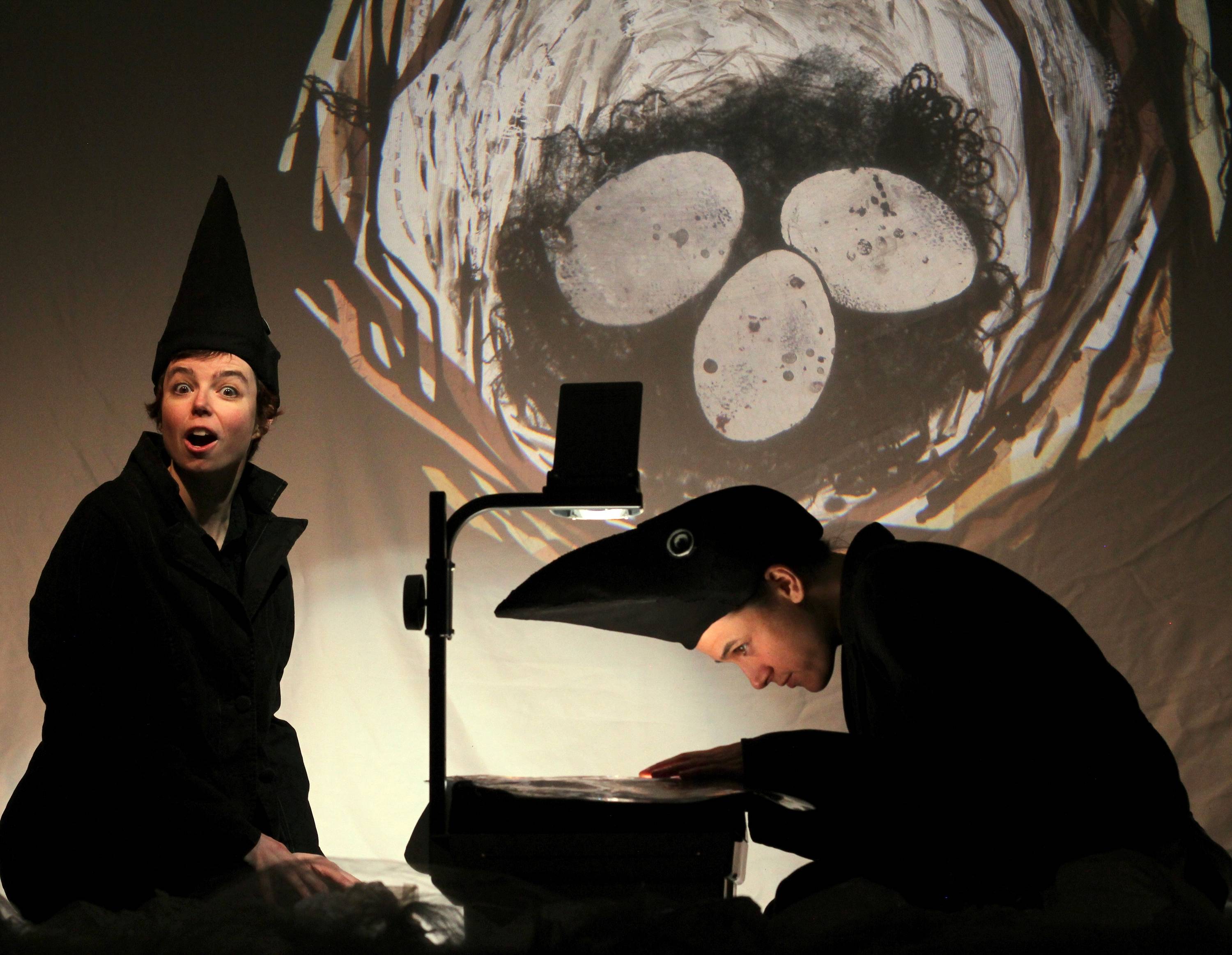 Large scale shadow theatre from a bird’s view from Vancouver, Canada
A quirky and hilarious comedy that suits audiences of all ages

Caws & Effect is a modern fable about a pair of wisecracking crows experiencing problems with their nest in the forest and having to find a new home. One of them plants a magical seed given to it by a worm and dreams a new world into being. What at first seems like the land of plenty has dire consequences for the enthusiastic crows.

The story is told using handmade layered projections, puppetry, masks, and an original musical score. All aspects of the show are created and performed by two artists: Mind of a Snail’s Chloe Ziner & Jessica Gabriel. Their large-scale shadow puppetry is quirky and beautiful, like an early National Film Board animation performed live before your eyes. It’s gorgeous and wondrous!

Chloe Ziner and Jessica Gabriel have been developing a multilayered style of visual storytelling using overhead projectors as their main light source. Mind of a Snail has been nominated for Outstanding Projection Design at the SATAwards in Saskatoon and won the Best of Fest Awards in Winnipeg, Vancouver, London (ON), Saskatoon, Toronto and Edmonton Fringes.

Jessica Gabriel is a visual and performance artist and also a founding member of “The ASSEMBLY”, an all women’s clown collective in Vancouver. She currently works as a puppeteer, producer and co-artistic director of Mind of a Snail Puppet Co.

Chloe Ziner is multidisciplinary artist and co-artistic director of Mind of a Snail in Vancouver. As a tinkerer, visual artist and all around maker of things, she has an insatiable curiousity and drive to discover new ways of creating and performing.