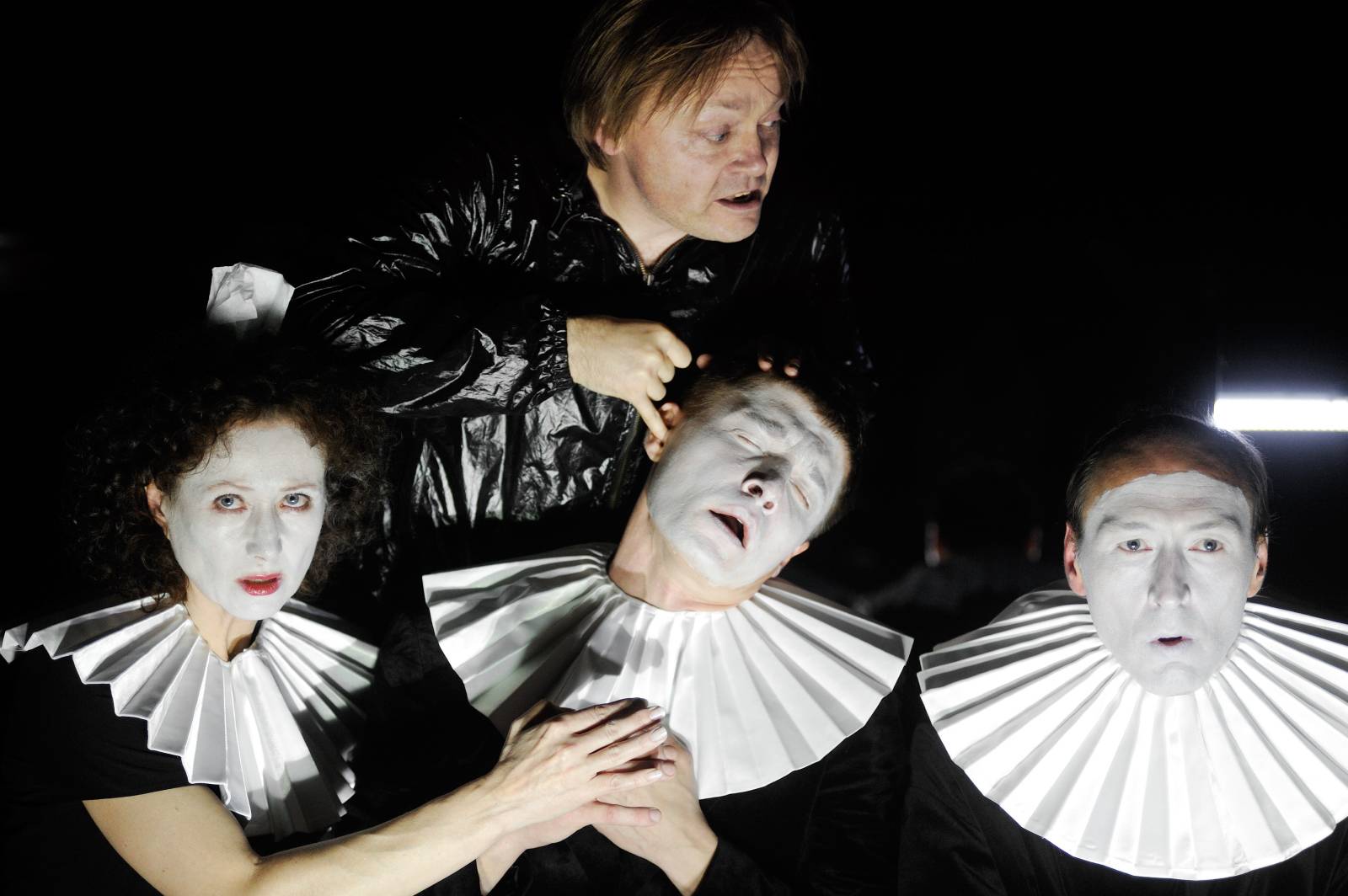 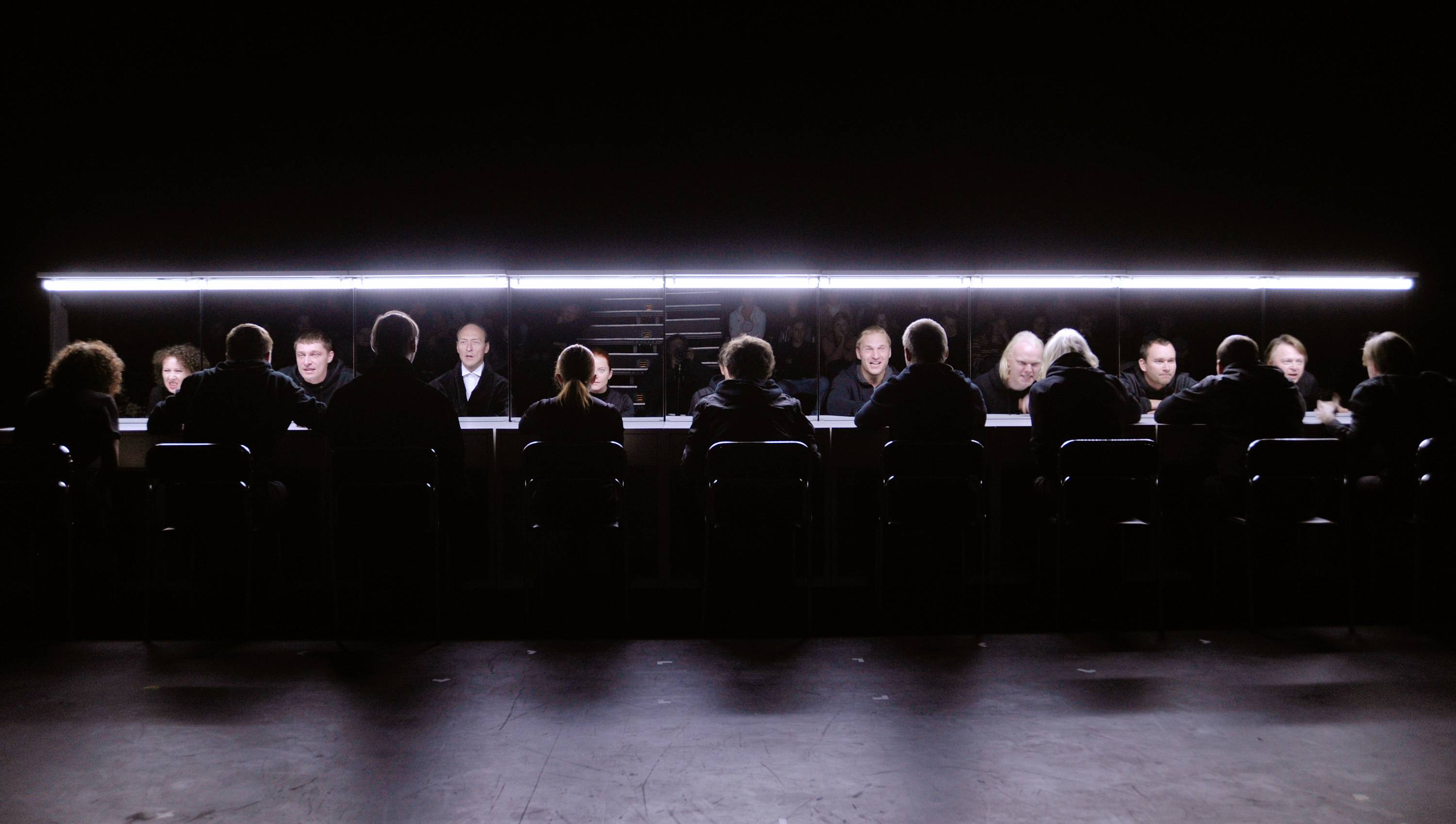 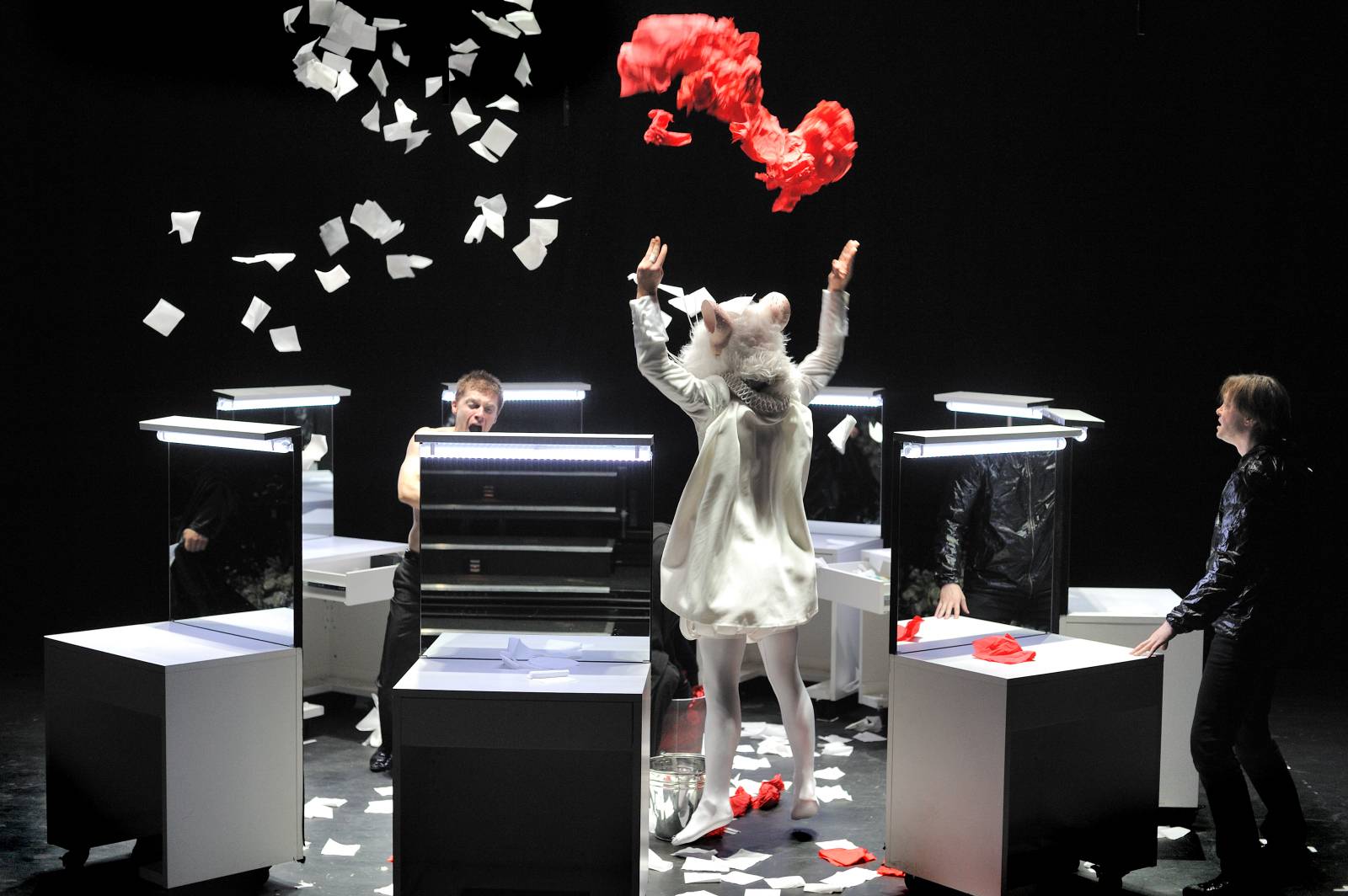 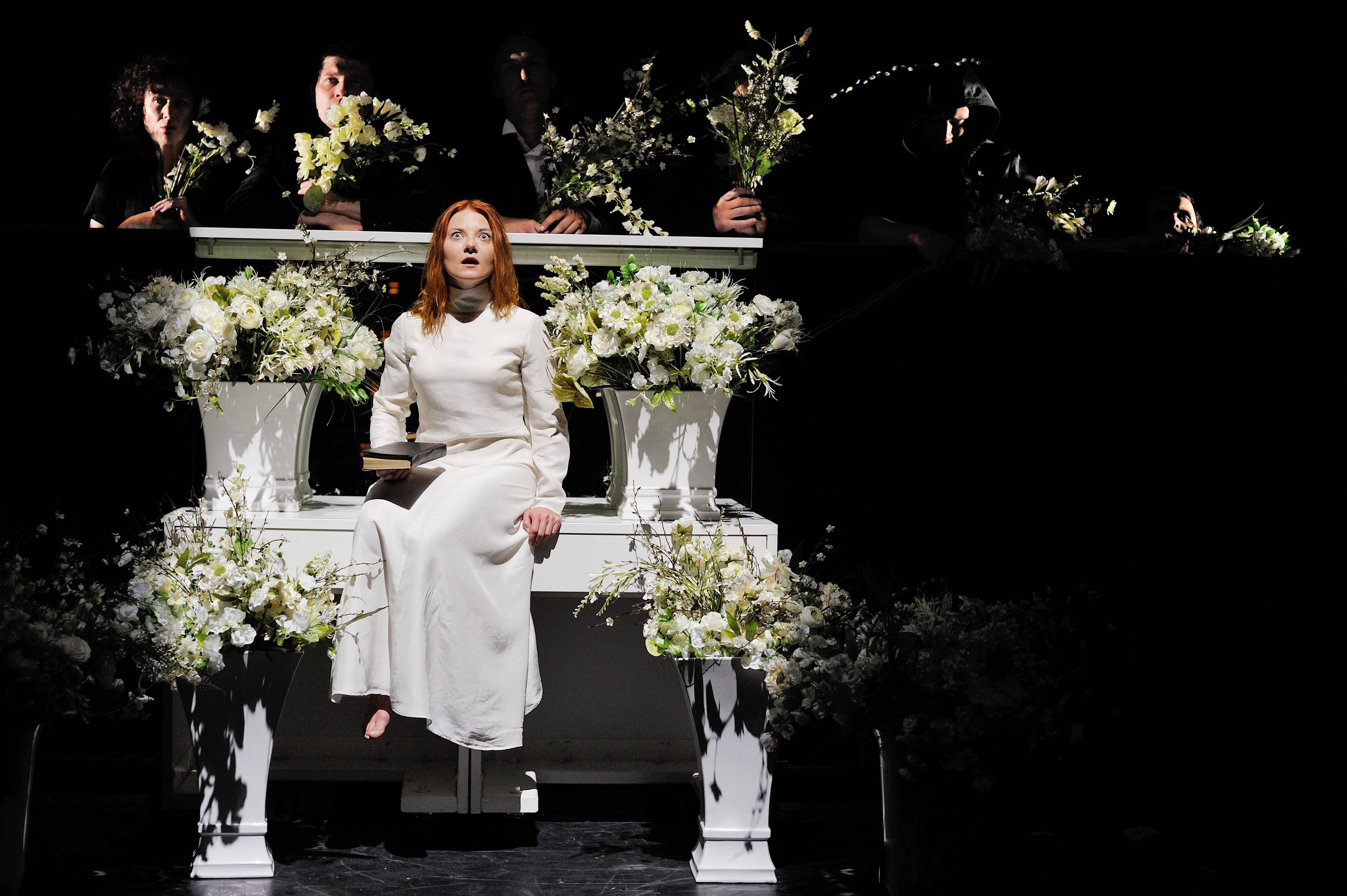 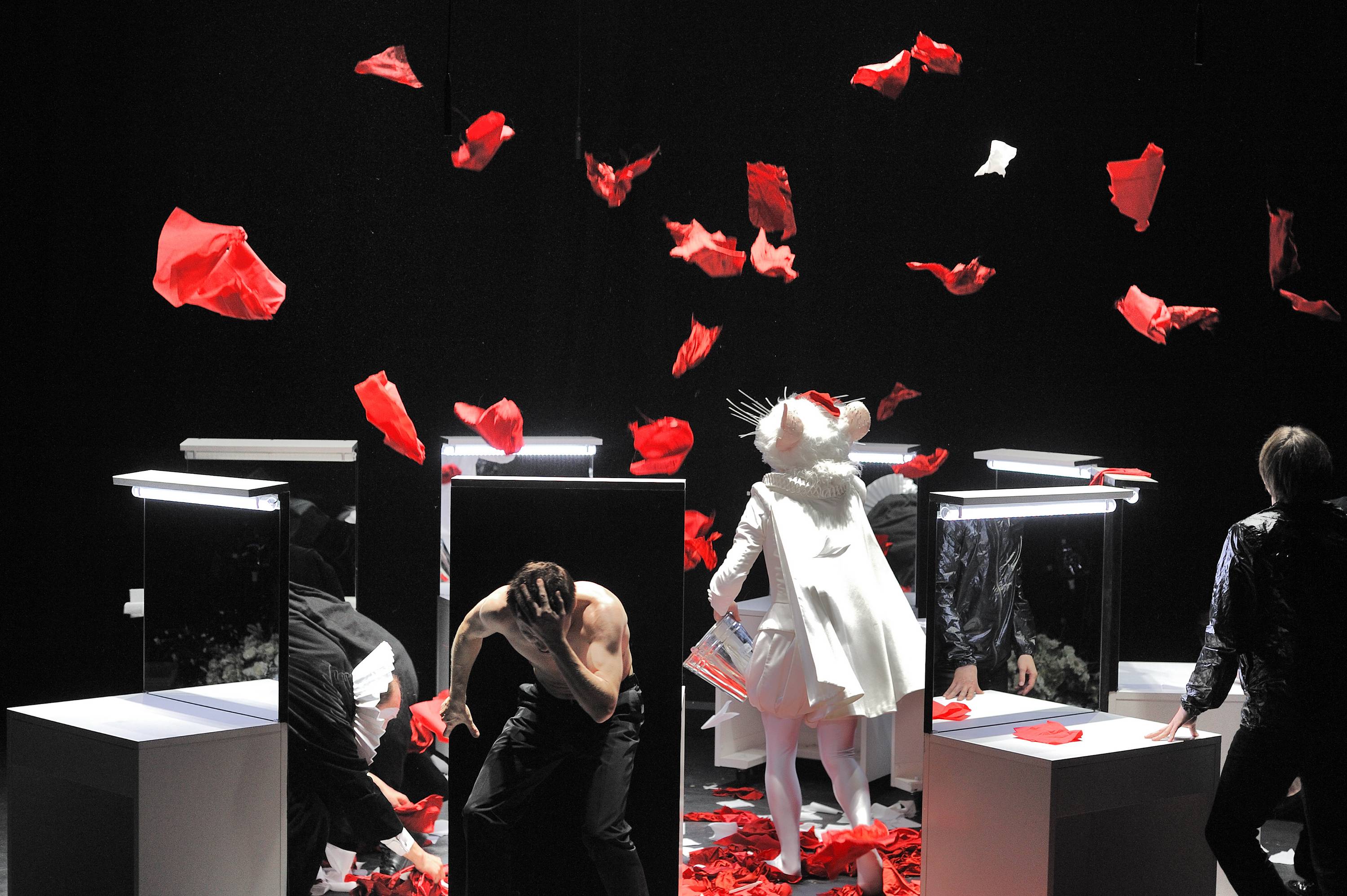 As one of the most prestigious director of Lithuania, Oskaras Koršunovas has received many important awards all over Europe, including the Europe Theatre Prize for New Realities, the honourable title of Chevalier of the French order of Literature and Arts and the laureate of the Lithuanian National Arts and Culture Award to name a few. This production Hamlet is selected in the Sixth Theater Olympics.

Koršunovas believes that Hamlet is the most topical play for our times, and his credo to stage classics as contemporary plays, recognizing what is relevant to the present time, and contemporary plays - as the classics, conveying what is universal and timeless, became paradigmatic in that creative period. In Koršunovas’ opinion, contemporary theatre must reflect the present day and sometimes even be ahead of the time, predict the future.

By setting up nine mirrors on the stage, Koršunovas reinterprets Shakespeare’s classic tragedy with brand-new perspectives and thus leads the audiences into the 21st century’s Hamlet , that overthrows traditional imagination and brings forth breathtaking theatrical moments!

Oskaras Koršunovas, founder of the Oskaras Koršunovas Theatre, is the youngest winner of Europe Theatre Prize for New Realities and acclaimed as Lithuania’s national treasure. He has led his theatre to participated in the famous Avignon Festival several times and been invited to perform in countries across the globe, winning worldwide applause. The theatre also becomes the most frequently touring theatre in Lithuania.