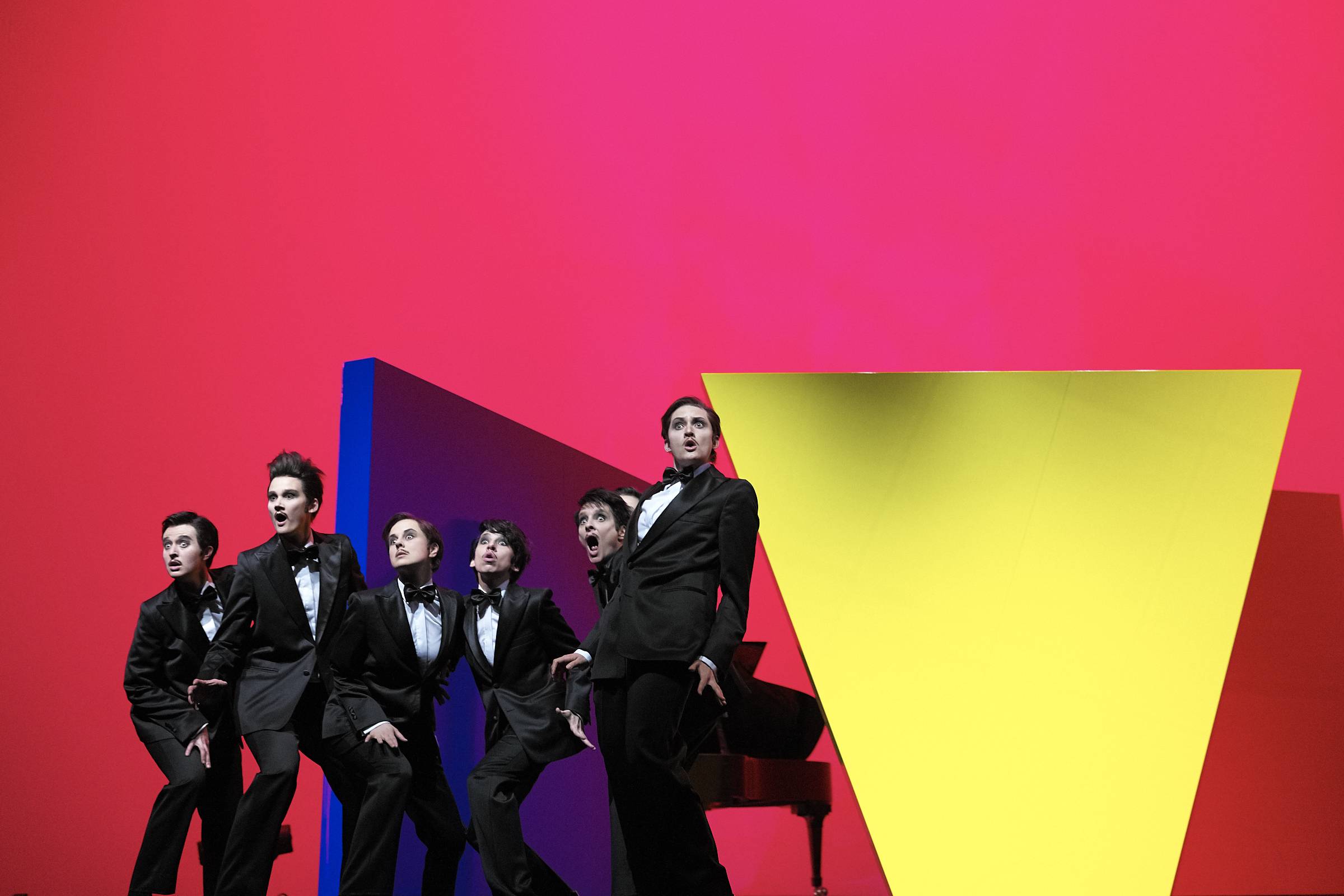 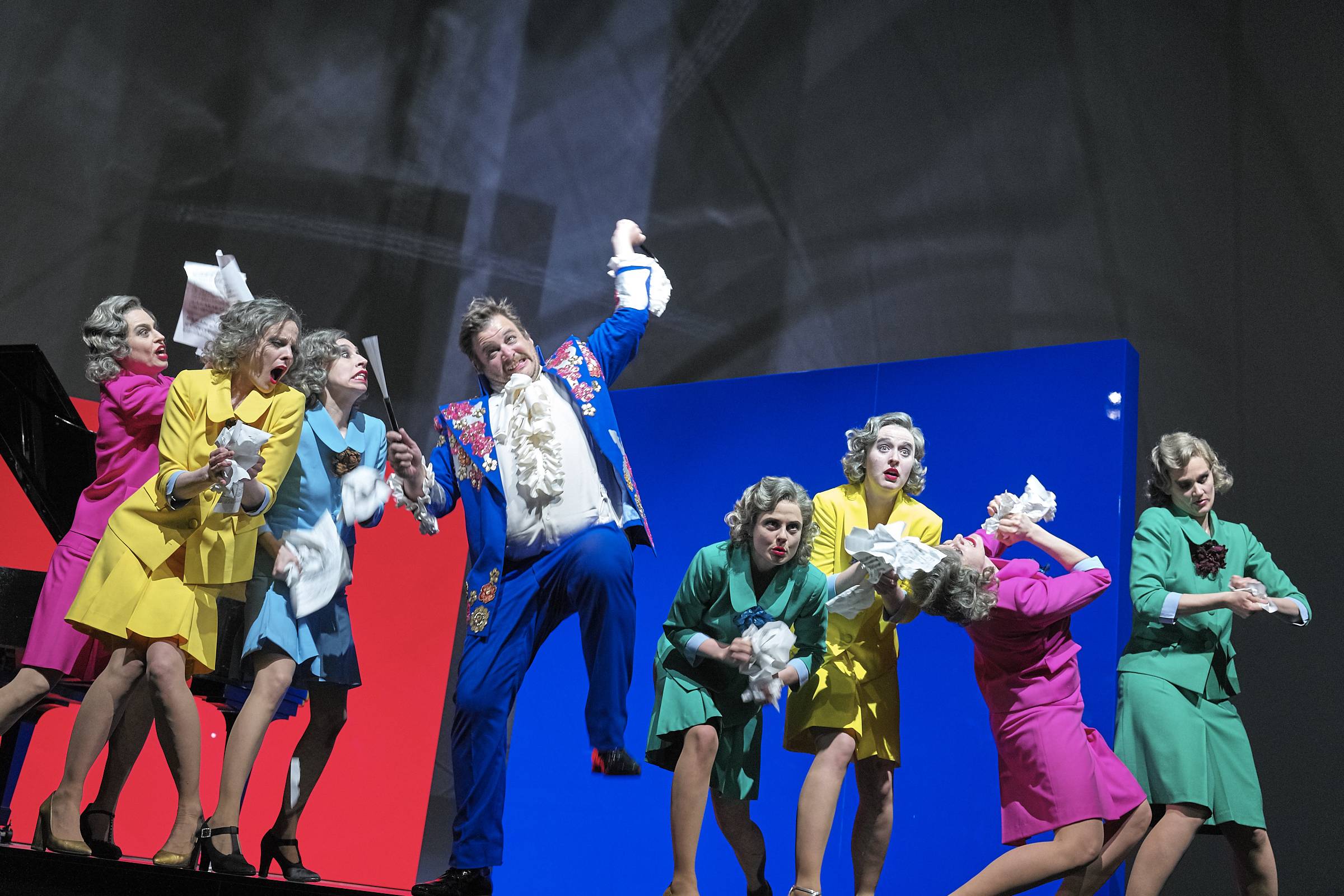 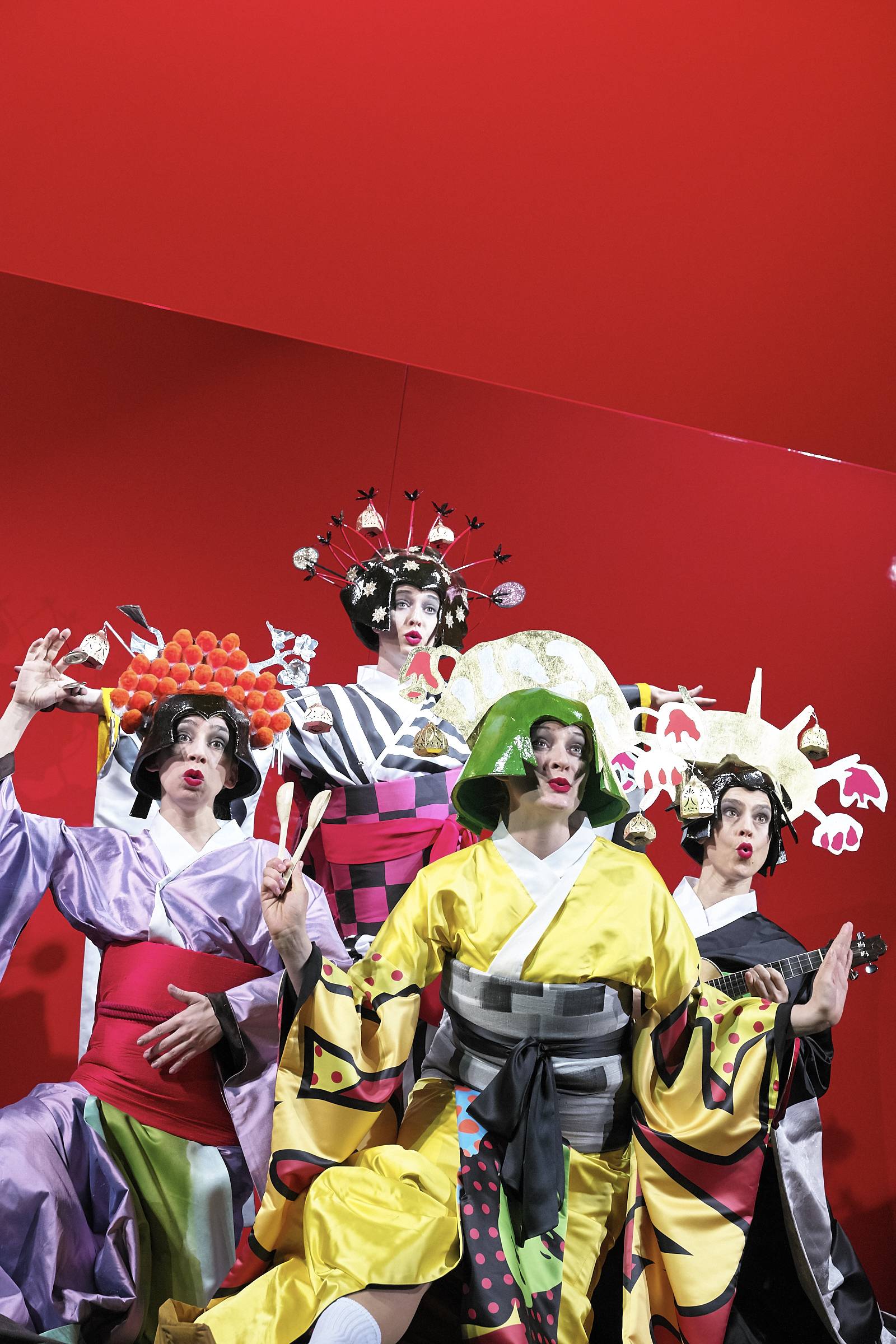 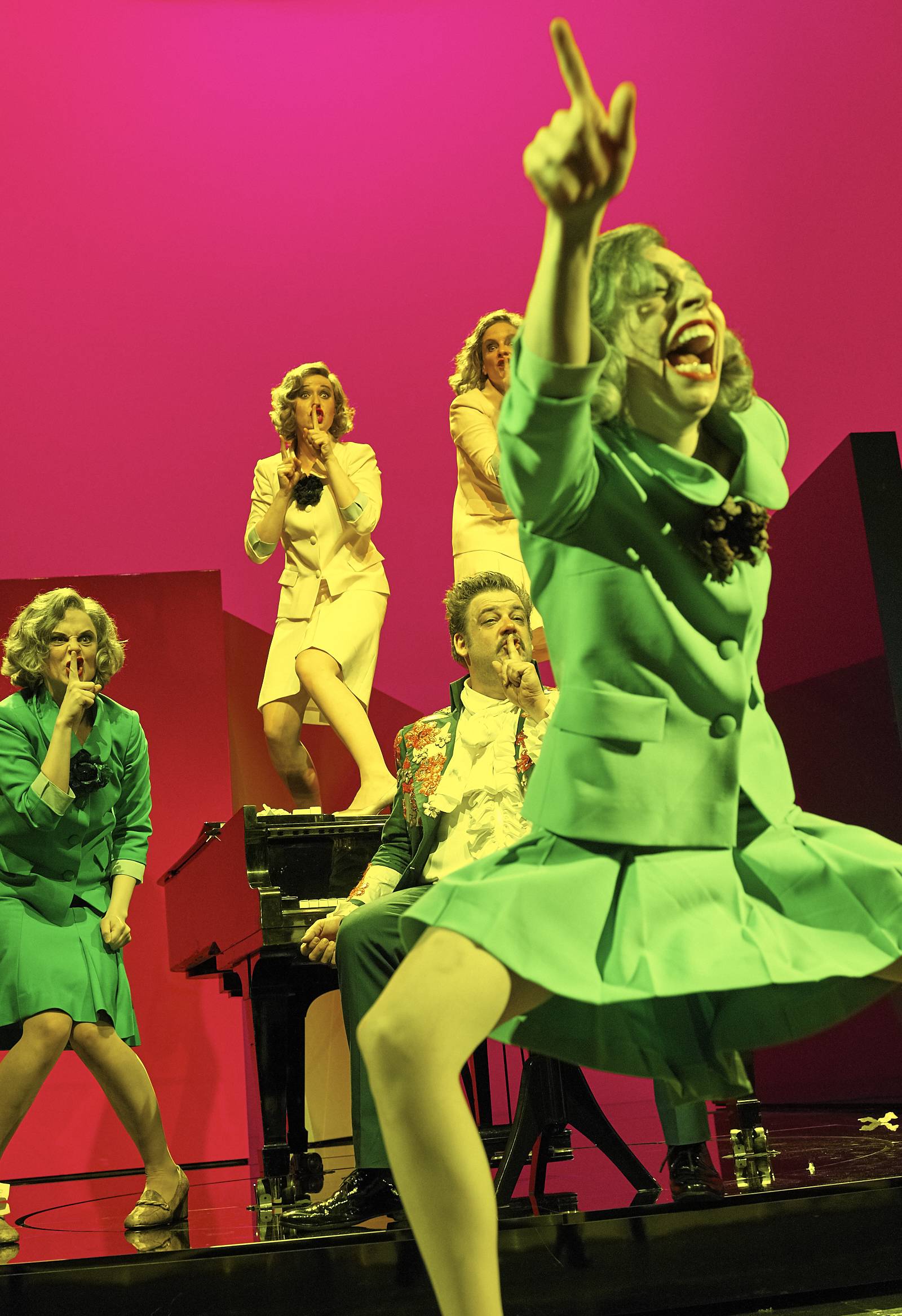 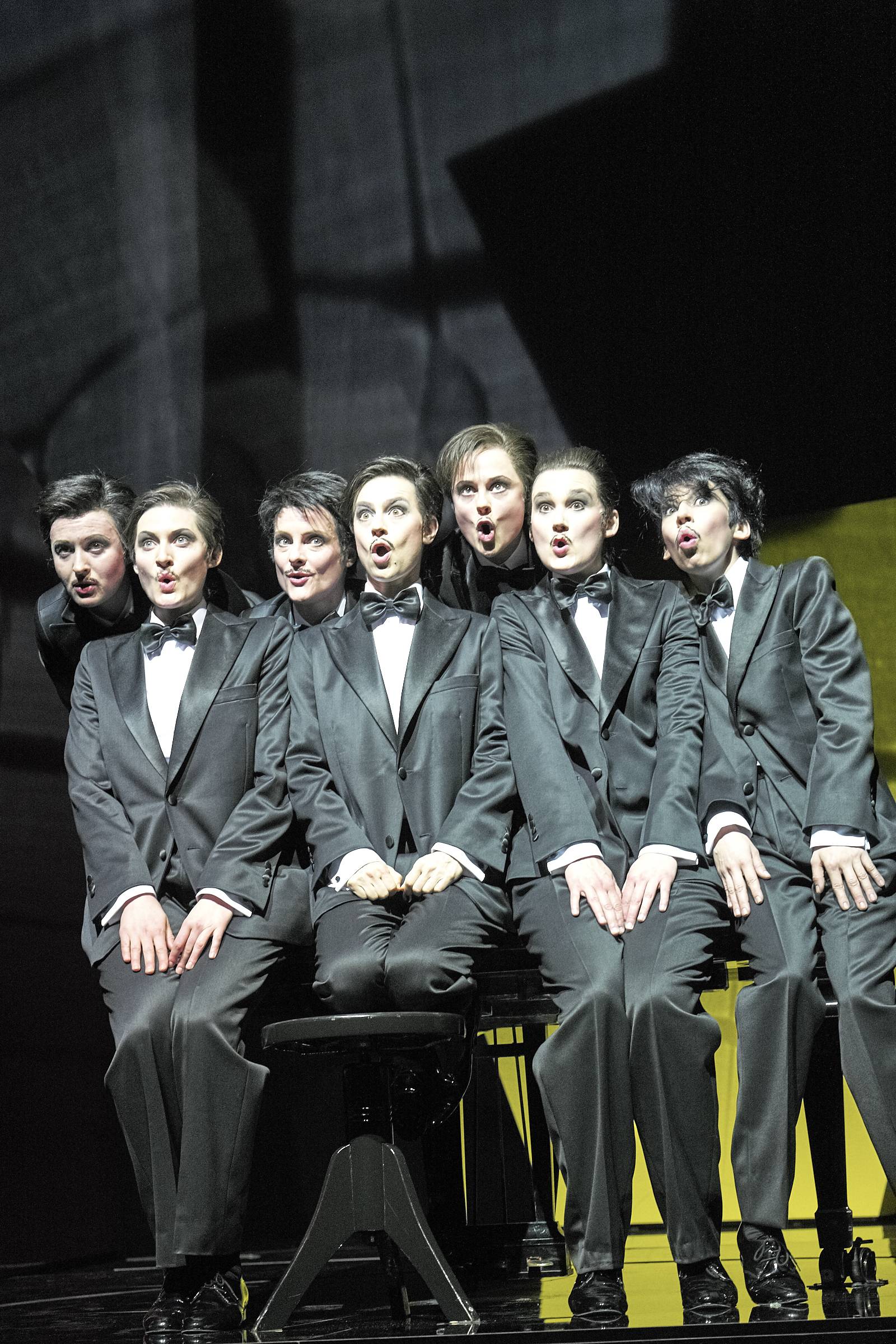 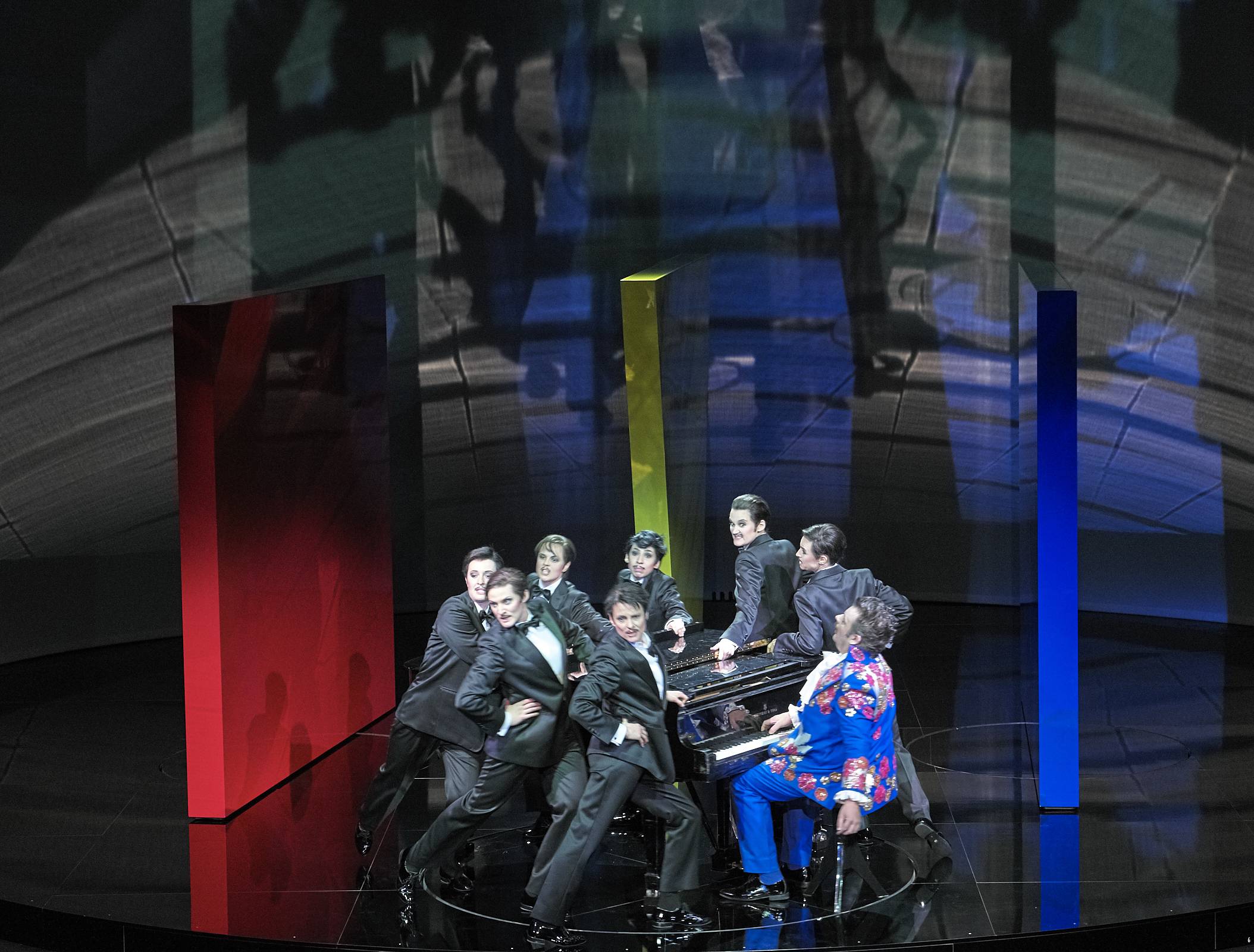 A colorful comic carnival of physical movements
A Surrealistic visual music theater that is hilarious, playful and crazy

A rotating stage, a piano, and three pieces of plates in the colors of red, yellow and blue construct the minimalistic and surrealistic stage with a brightly colorful visual style, seemingly paying homage to American abstract expressionist Barnett Newman’s renowned series, “Who's Afraid of Red, Yellow and Blue.” Accompanied with expressions and physical movements in line with rhythms and tempos as well as the perfect coordination of music and songs, actors and actresses in exaggerating and colorful costumes contribute to shaping this visual music theater that is playful, crazy, yet glamorous.

Schauspielhaus Zürich, one of the most outstanding theater in Europe’s German-speaking realm, presents the latest production of Herbert Fritsch, one of the most acclaimed European theater directors nowadays. Inspired by Austrian composer Hugo Wolf in the Romantic period, the production integrates sound effects and colors with music as the center. By means of hilarious actions and laughter, the seemingly absurd performing style thoroughly overturns your imagination about theater with your visual and audio senses being expanded indefinitely.

Herbert Fritsch used to be an actor in Volksbühne Berlin and did not direct his first full-length work until the age of 58. He is known for his style of farce and entertainment, which differs significantly from the tradition of Germany theater known for its profound and serious themes. His works have been often invited by Berlin Theatertreffen, the forerunner of the German-speaking theaters, and bring a theatrical experience that is completely different from the conventional German-speaking theaters.