Words from the Artistic Director

The Taiwan International Festival of Arts (TIFA) is to celebrate its 10th anniversary in 2018. If there is anything for sure upon marching toward the 10th year, it would be that we have a better understanding of what TIFA is going to explore and how it will grow.

Officially launched in 2009, TIFA is 10 years old now. At this moment, I don't think it necessary to make any further statement about whether festivals are guarantees of success in box offices or important indexes to assist audiences in selecting programs. Neither do I have to elaborate why the National Theater and Concert Hall (NTCH) began the story of TIFA. I only want to share with you my opinions on how TIFA should develop in the next decade.

Since its opening in 1987, NTCH had been the only venue for performing arts at the national level in Taiwan for the past 30 years. Therefore it has become one of the most important tasks for NTCH over the years to propose innovative ideas, to meet with the expectations from all sectors in the society, and to distribute resources in a fair and just manner. One after another, NTCH has accomplished various tasks at different stages. Now, where should its next journey embark? In addition to reviewing the ever changing cultural environment in Taiwan as well as abroad, NTCH is obliged to further clarify, define, and re-focus its role and to proactively face the new "era of partnership" in dividing labors and sharing resources with other venues.

The 2018 TIFA is to usher a brand new start in celebrating the "Brilliant Ten! Perfect Ten!" NTCH, on the other hand, is to share memories and prospection with old audiences, to try experiences and challenges with new audiences, and to jointly develop and materialize creative and innovative ideas with artists. By organizing TIFA, NTCH aims to transform itself into a cradle for cultivating talents for performing arts in Taiwan and to become the venue of performing arts that harbors the utmost artistic ideals and shoulders the cultural responsibilities.

Looking back, when Tanztheater Wuppertal Pina Bausch's Nelken fascinated Taiwanese audiences with its unusual physical performances, barking dogs and thousands of carnations forming a thorny stage in 1997, it broke the stereotype of the ordinary perception about dancing and astonished the whole society. However, the program left a beautiful impression in the audiences' minds, bearing testimony to the outcome of NTCH's efforts in cultivating dancing theater in Taiwan. Twenty years later, Nelken is to return to the stage of the National Theater, declaring the determination of the 2018 TIFA to move forward as well as the further opening-up in Taiwan's arts environment. In addition, WANG Chia-ming and LEE Yi-Hsiu, two major playwrights and directors in the up-and-coming generation, will present their distinguished vocabularies of creativity in their latest productions. Meanwhile, PING Heng, the laureate of National Arts Award, and NTCH Artist-in-Residence SU Wen-chi – two artists from different generations yet both showcasing creative power and strong international connections – will demonstrate new energies of dancing. The 2018 TIFA features not only the integration of different generations, but also the invaluable tradition inherited and passing on from generation to generation, such as the collaboration between ARA Kimbo, father of the folk songs in Taiwan, and WU Hao-en, creative singer of the new generation form the Puyuma tribe. All of these numerous brilliant splendors that we take pride in can be found in the 2018 TIFA.

Step by step, TIFA is moving toward its 10th year. For the past nine years, TIFA has not only become an important springboard for domestic artists to step onto the international stage, but also an indispensible platform in Asia highly acclaimed by many foreign performing arts groups. We would like to extend our heartfelt appreciation to the audiences for their warm company and for creating the brilliant time with us. All the honors should be given to those who have supported and loved TIFA in these years. It is our sincere hope that we will join hands in creating another brilliant and perfect 10 years! 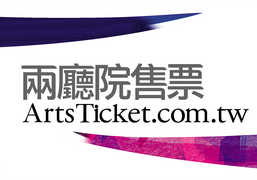 Anyone who purchases tickets of NT$1,600 or above, regardless of the total amount of purchase, may enjoy 25% off, but Jekyll&Hyde&Tears&Liquor and Carnations are not applicable. (Both NTCH members and general public are eligible.)

(Advanced purchase for NTCH members starts from October 25 and then the tickets sale is open to general public since November 1.)

Enjoy 25% off when purchasing any two tickets for any two performances of Yamma Ensemble’s Basket full of stars and World Music Ensemble E-DO.

Given the safety consideration, people with disabilities (including wheel-chair users) should access to the auditorium with the assistance of accompanying families or friends.

Notice for 50 % off tickets

While purchasing tickets for programs organized by the NTCH, people with disabilities and their company (one person only) are entitled to 50% off the ticket price. Please show tickets and valid IDs when admitted to the auditorium.

Tickets can also be purchased at retailing stores of FamilyMart, 7-11 ibon, and Hi-Life.

※ The organizer reserves the rights for changes and ultimate interpretation of all discounts and gifts arrangement.

The NTCH is located at the junction of the Xindian, Zhonghe and Xiaonanmen lines of the Taipei MRT. Take any of these lines to the MRT Chiang Kai-shek Memorial Hall Station and exit through Gate 5.

An underground parking garage with 699 spaces is located underneath the complex.
This parking garage is limited to automobiles only; motorcycles are not allowed.